Deputy Premier and Minister for Regional NSW John Barilaro and Member for Tweed Geoff Provest today announced that sick koalas on the Far North Coast will soon get the care they need with a $370,000 commitment from the NSW Government to build a koala sanctuary in Pottsville.

Mr Barilaro said the funding represents a win for dwindling koala populations on the Tweed Coast and a critical next step in the NSW Government’s $45 million Koala Strategy announced earlier this month.

“Koalas are a national treasure, and we want to protect them and care for them, to ensure they are still here in the future,” Mr Barilaro said.

“This sanctuary will be a vital koala care facility in a network of hospitals the NSW Government is already establishing across the state,” he said.

The $370,000 will fund a holding facility for the rehabilitation of injured koalas as well as isolation pens for koalas infected with chlamydia, allowing researchers to conduct vaccine trials that will help tackle the disease in koalas on the Tweed Coast.

The funds will also help to grow a koala food tree plantation at the facility.

Member for Tweed Geoff Provest said the sanctuary will be developed and operated in collaboration with Currumbin Wildlife Hospital, just 30 minutes drive north.

“This is amazing news for our koalas and our community,” Mr Provest said.

“Currumbin Wildlife Sanctuary already does a fantastic job looking after our koalas but this sanctuary will provide more space and better facilities to undertake new research,” he said.

Dr Michael Pyne from Currumbin Wildlife Hospital in Queensland welcomed the news and congratulated the NSW Government for its ongoing commitment to ensuring the future of the species.

“Although we know a lot about koala health, there is so much more we need to learn about the devastating diseases that are threatening our koalas.” Dr Pyne said.

“This new facility will allow us to provide better care and rehabilitation for koalas recovering from illness or injuries preparing them for release back in the wild,” he said.

The sanctuary will be established on a 100-hectare site in Pottsville dedicated to koala habitat conservation which was secured by the NSW Government in 2017.

The NSW Koala Strategy outlines the first part of a long-term strategy to support at-risk populations across the state, promising a bright future for the species. 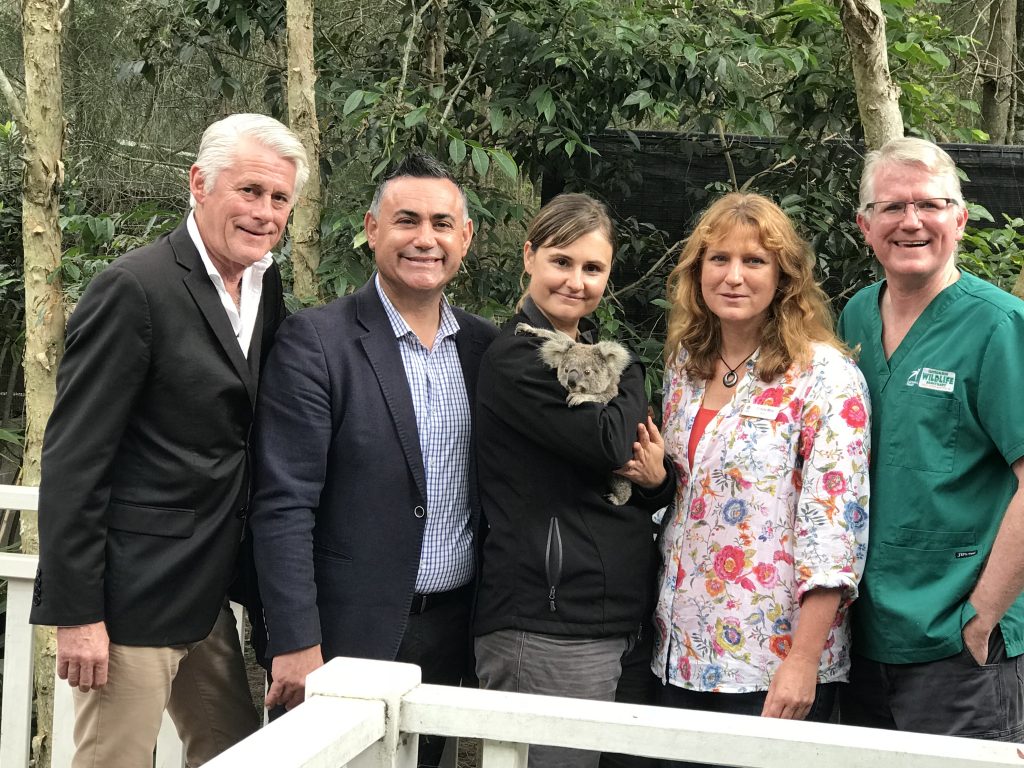